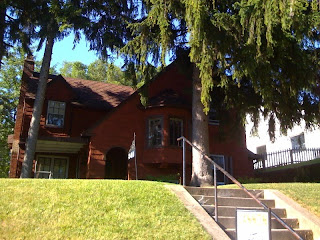 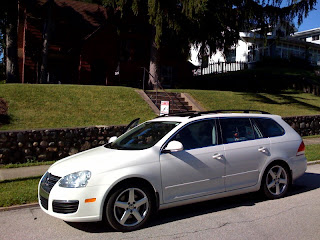 So many memories...
The round door...reason #1 why I bought it!
Yeti's ball rolling to the kitchen sink, because the floor was sinking.
Students and neighborhood kids sledding off the hill.
The neighborhood kids sledding down Nelson street.
Late night talks with the housemate - about anything and everything!
Festivus.
Fishbowl.
Consequences.
Kiwi ripping up the awesome brick linoleum flooring in the kitchen.
Kristi and I deciding to rip out the carpet upstairs.
The mural that used to be in the master bedroom.
The baby blue wrought iron banister.
The kitchen lighting project, which turned into a 2 year adventure, including marriage.
Being roommates with Heather again.
Matt getting his head stuck in the ceiling.
Chad unclogging the kitchen drain.
Matt & Chad moments...I guess they didn't get enough footsy at the office.
Comments about hookers and strippers (while rewiring the entire house).
The bright green sunroom!
The drunk guy on Nelson street...and the EMTs who knew him by name.
Matt's early morning chats with neighbors, specifically one!
Walking to first friday.
Walking to Gus'.
The Riverwalk.
SO MANY MORE!

What's your favorite memory of the Storybook house?
Posted by The Voss' at 9:32 AM